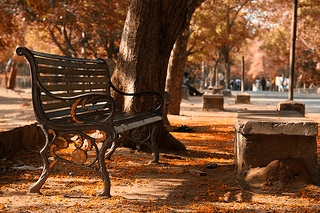 What is a benchmark?

John Maher:  So, Rick, how do you define a benchmark?

Rick McDonald:  That’s a good question. In the popular press, people speak of benchmarks all the time. Benchmarks typically refer to the S&P of the Dow or various indexes.

Rick McDonald:  And that’s interesting but it has usually nothing to do with individuals. A lot of times, we talk about — because these companies see the [sale things?], you have popular research groups like Morning Star, ranking or rating mutual funds, okay? Interesting. What does that mean? What are they ranking them against? Other mutual funds? Okay? What’s the relevance to that?

John Maher:  This one is doing a little bit better than that one or — And what does that really mean?

Rick McDonald:  Yeah, I mean the question for benchmarks as a tool is you need to measure performance. If you hire someone like our firm, and we’re going to manage money for you, you need to know we’re doing our job, okay? ‘Makes sense?

If you put money in a mutual fund, the big box mutual fund company, you need to know they’re performing okay. Both make sense.

What matters to you is what’s the kind of risk return that you can stomach relative to accomplishing the goals that you are setting out to accomplish with the means that you’ve already accumulated and the timeframe that you have and which took you with the goal. Those are mathematical equations that can give you some reasonable benchmark that you now need to set out to go out and achieve with the portfolio.

Rick McDonald:  So, you can have the mixes of stocks or bonds or alternatives such as MLPs or REITs or preferreds, or whatever it may be of these, because right now today, we all talk about alternative investments as a proxy for bonds because right now, bonds are probably caustic given hello interest rates are.

So my point is we want to build a collection of securities or asset classes called a portfolio that will have a characteristic that is commensurate with our goals, our objectives, our risk tolerances, and that we build a benchmark around that for which to measure future results based upon a realistic expectation. Now, we have something that work with.

Now, for example, last year was an amazing year. Last year, the S&P was up unusually high, relative to most all other asset categories. So if I had a portfolio that had 60% stocks and 40% bonds, bonds had negative results last year. They’re down 6%. Stock market was up almost 30%.

So if I had a 60% stock and 40% bond portfolio, I had a mid-teen number, low-teen number actually. And so, I might not feel very good about myself if I realize that Morningstar said the average growth mutual fund was up 24%. I was down 10% less than that.

Rick McDonald:  Does that matter? Because you’re using the wrong benchmark. I don’t know that 60-40 mix was the right mix because I don’t think bonds were particularly attractive holding but I also know that throwing all of your money in the stock market and happening to be lucky that the market was unusually higher than anyone expected it to be last year.

Rick McDonald:  Of course, it is.

Rick McDonald:  That’s putting all your eggs in one basket and hoping you’re right. The probability of doing that consistently is not very high. So the question begs itself, what’s an appropriate benchmark for you to use so you know you did the right thing?

John Maher:  So what’s the process for walking through that? Do you start with what the person’s goals are, and then, your defining benchmarks to suit those goals?

Rick McDonald: Yeah, I think it’s a matter of a number of — It’s a process. It’s assuming you’ve defined the proper goals, the timeframe in which those goals need to be accomplished. And you have a measure of what the goals required financially. You look at what the person already has, what the person is accumulating, and what type of growth rate needs to be applied to that existing money and future contributions to accomplish the goal at the time in which the goal needs to be accomplished. It also has taken to effect risk and reward, or comfort of volatility.

We’re in a funny period of time. We have been. Since 2008, the world has been different. We all are sort of optimistic but we’re walking on egg shells.

Rick McDonald:  We know that the market had performed much better than the economic data would seem to indicate. Most people are a little bit unnerved by the economy. Interest rates are without making any money on our money. There’s a very large unemployment issue out there. The global economy isn’t so great out there.

There are a lot of negatives out there. And yet, the markets said okay. So what does risk reward mean? The anxiety or a lack of confidence to the market is very, very much an intangible measure of how to build a benchmark.

So you might have all your money in the market. You might have done right and you might have a portfolio manager that made 34% last year. I wonder if that’s the right manager. That person might have had a whole lot more of the — Performance wise, they did a great job, supposedly.

John Maher: But maybe they had too much in one place, and they were really taking a big risk, and that might not be what you’re comfortable with in your life.

Rick McDonald: Absolutely. You’ve got to ask yourself, ‘Was that the right, appropriate mix?’ Or did you have way too much at risk? And the manager just turned around and put everything on red, happened to be right, and he wants to be reemployed because they made a good economic number. But they didn’t do it for the right reason or the right way. And so that’s playing with fire doing something like that.

John Maher:  And so your benchmarks rather than just being like you said a percentage, goal or comparing it to the Dow or the S&P or whatever it is, you’re benchmarks are more like, ‘This is how much I need for this particular goal. Maybe it’s my retirement. Maybe it’s health or resources that I need.  And then, trying to reach those goals, I know that I need a certain amount by a certain time period. So, okay we’ve hit that time period. Do I have that amount?’ Are those the benchmarks that you’re talking about?

Rick McDonald:  They absolutely are. There are a number of things going like a wind to a card, a developing goal by goal your individual benchmark. It’s basically in the parlance of the investment advisory world. It’s called an investment policy statement.

Every one of your goals should have an explicit investment policy statement and that’s taking into consideration all the factors we’ve just talked about. Risk and reward, time frames, rate of returns realistically as attainable under a mix of different asset classes.

And all of this goes into the equation to develop a realistic expectation of managing, attaining, and maintaining the goal that you’ve set out as long as it’s realistic. And sometimes goals are not realistic.

If they not realistic, then we need to have a reality check and talk a little bit about either if it’s retirement, for example, working a little longer than we intended to. Save a little bit more money today for retirement later than were otherwise because our lifestyle expenditures are too high right now, or downsizing on homes, or all the various factors that can go into altering realistic expectations and getting closer to the goal.

But all of this is defined by an investment policy statement which defines a realistic benchmark. And then, now that we have a benchmark, each in every quarter, each in every year, we ought to measure how our progress is against that benchmark. Because now we have a ruler, a yardstick that’s appropriate and particular to your specific goals, expectations, risk tolerances so you could have a sense of comfort or confidence.

You’re doing what you’re supposed to do with your money as opposed to throwing it in the wind against big box mutual fund hoping that you are in the right fund growing bigger, faster, quicker than all the others which is completely random.

Rick McDonald: Well it’s defined in the aggregate, now comes the art. So that’s the science. Now, the art is assembling multiple asset categories also asset classes to create a portfolio that should have the best opportunity, the best expectation of emulating or achieving the benchmark, addressing the proper risk and reward in the economic environment that we’re in.

Should it be international stock? Should it be domestic stock? Should it be a large capital or a small capital?Â  Should it be real state or large cap value, gross stocks? All of the various asset categories that are appropriate in the economic environment which you’re in need to be assembled as a collective, diversified portfolio consistent with the goals and expectations set up by the investment policy statement.

John Mahers:  Great, well thanks again for speaking with me today Rick.

John Mahers:  And for more information you can visit the U.S. advisory group website at usadvisory.com or call 781-246-0222.