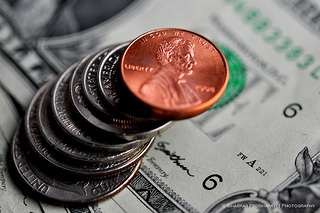 John Maher:  Hi I’m John Maher. Today, I’m here with Rick McDonald, President of U.S. advisory group – a family wealth management company in Massachusetts. Today, we are talking about, “How to Talk about Money with Your Family” Welcome, Rick.

Rick McDonald:  Hi, John. How are you?

Why is it so hard to talk about money with your family?

John Maher:  Good, thanks. So Rick, why is it so hard to talk about money with your family?

Rick McDonald:  Oh! Isn’t that the truth? Money is a funny thing. We all have these taboos about talking about money. Money and sex, we can’t talk about either. So let’s forget the sex issue, we’re not going to go there today.

Talking about money is really, really important though, because without communication, no one knows what’s going on. And too many times, families are banged up. Families have issues. Families have dysfunctionality over lack of communication with regard to money. And yet, we’re told time immortal, it’s impolite. It’s not socially acceptable to talk about money. It’s probably the number one threat to stability in a family financially, the total lack of transparency and communication with regard to it.

Why is it important to talk about money with your family?

John Maher:  Right. So, why is it so important to talk about money with your family? What is that get out on the table when you do that?

And that goes without saying, it’s very difficult to think about all the TV shows or might read the gossip columns to be read about whatever it might be. One child is trying keep up with the Joneses because the family just frankly can’t. And so, there’s a schism about that. There’s an issue about that. Well, frankly bring out in the table, talk about that, if that’s what the issue is.

Talk about who you are, what you are in a way that’s respectful, responsible, so people understand their reality. They may not like the reality but at least they understand the reality and they can neither try to adjust, move on or manage that particular issue, but at least, let’s put that on the table.

Now, on the other side of the coin, families have material wealth. It’s very important for the family to talk about money but though they don’t. How the kids show up? What are their responsibilities, expectations and accountabilities for not showing up well with regard to having too much money?

We talk about spoiled kids, brats, all of these negative connotations. ‘You know, you’re not very healthy. Youâ€™re not very helpful.’ Most of that though was simply because kids don’t how to act, talk, or show up or be from money. Why? Because they don’t help them, no one told them. No one mentored them. So bring it out, talk about it.

The most important thing we do with families all the time are family meetings. I’m a big, big, big believer. So the first thing our clients come meet me, ‘So well, I’ve got problems with kids.’ So the first thing you would do is build a fire, pick your backyard.

Rick McDonald:  Fire pits is one of those ancient things from the early caveman to Indians, to whatever. Sitting around the campfire and talking, having communication of things that are important to the family. Telling family histories, stories, things that are who you are, what you are, legacy, and develop a sense of perspective of who you are as a family.

So we need to nurture children and help them understand who we are as a family? What are families about stands for? What are expectations, responsibilities are, and accountabilities when we screw up? Because we will, and that’s important for kids to know that there are implications to acting bad, particularly acting bad with regard to money. If you come from a family that’s going to have —

Let’s talk about families with large trusts. We don’t want to — ignore a number of trust fund babies who have no understanding of what money is. Therefore, having very little self-esteem, never knowing whether people love them for who they are or their money, never having any sense of accomplishment on what are the things they did on their own or because they had money.

Some of these kids believe they really did grow up or were born on third base as opposed to had a — Other kids who had earned the right — get to third base.

Rick McDonald:  Money is important, but the purpose of money is more important than the money itself in understanding in the family, who you are, what you are, what the family represents, how the family accumulated the wealth in the first place. It’s extraordinarily important for the kids to develop their own sense of self.

And so therefore, open communication about money, about the history of the family, about the goals, expectations and responsibilities of Mom and Dad and where they came from and how they expect the kids to carry forward, is really, really helpful if you want to mentor kids in a way that’s going to Â be positive. Money can be very opportunistic or it can be very, very damaging.

John Maher:  Right, right. So, you mentioned the fire pit idea. What are some other ways that you can start that conversation with your family?

Rick McDonald:  Well, US Advisory Group, we have an interesting tool. We call them ‘wealth stones’. We have a little sachet, a little thing of a — little glass marbles of what they’re really are, that have little piffy rhetorical questions or thought provoking questions.

Now, they can either answer the question or they can choose to not. They put it back in and either pull out another one or respect the fact that they can opt out but all of the questions are kind of —

Rick McDonald:  Absolutely, there’s a whole series of about 30 questions that are just meant to be though provocative and getting people to start talking a little bit. And so, what you’re not talking about is money directly but you’re inferring issues that are money-related.

And so, what happens is we begin to speak from a value standpoint. We begin to talk about who we are, how we think, how we approach decision making, how we approach being a person, being a contributor to the society around us, whatever it may be.

And all of these begin and develop a better sense of self, and as a consequence, moving into the conversation nudging sideways into a conversation about money or far more comfortable to begin a talk about what the purpose and role of money is in the family, whether we have a lot or a little.

I mentioned this exercise with the stones. I mean, this has no bearing on how wealthy the family is. It’s as ubiquitous. They can be a very, very, very wealthy family, or it could be a family with no particular wealth but wealth of love, wealth of family, wealth of relation. And what they want to do is just develop that further with their greatest sense of understanding of each other.

And so, as a parent, as a mentor, these are the kinds of things that you’d love to impart to your children. And whether it’s monetary or not, most of it’s not but it begins to be formulative with regard to money.

Rick McDonald:  These are the kinds of conversations that are extremely helpful for our kids to begin to understand how to grow up with money.

John Maher:  Right. So I have young kids – elementary school aged kids, maybe middle school – what are some of the things that I can do to start teaching my kids about money at an early age?

Nowadays, that seems like that doesn’t exist. ‘Go out and cut grass, shovel snow, do different things that earn some pocket money.

Rick McDonald: As they get a little older, you might buy them a stock or two. You might open up an account and put something via stock. I would buy a mutual fund. But you’re not doing this because you’re going to make a lot of money.

And let them explore, do some reading. Get them a little go online, and do some — Google Coke. Do look at the beginning. Get them interested, because now, they have skin in the game.

If they’re a little older, well, let’s use the other example by far into this spectrum, a tool we use very often. Let’s say we are a family of wealth and we know one day that this family, the kids are going to be large inheritors, a really big body work.

How do you prepare inheritors to be good inheritors as opposed to the proverbial trust fund baby and all kinds of Paris Hiltons in the world. We all should have so much money that we’re all going to end up having our kids turn into Paris Hilton.

So how do you prepare those kids? Well, maybe you create a smaller fund – small pool of money, infinitely fractional to what they will, one day, probably inherit. And so, here’s the neat thing. Have them understand — Tell them, they need to – number 1, as a group, all of the kids, I don’t care whether they’re five year old, eight or ten year old to 22 year old, whatever it may be. They only need to come together at least once a year to make a decision how to invest the money.

Take a mutual fund. Pick a couple of stocks. If it’s a large enough money, go after a bit, hire a manager, whatever is appropriate. It’s all in proportioning.

Rick McDonald:  Find out, decide, and decide as a family how to invest the money. Decision making – joint decision making. Huge lesson.

Number 2 – I tell people each child gets to totally, indiscriminately, independently, gets to donate — has to donate 1% — ratably, it’s that for kids, it’s 1 quarter, 1% – but ratably, they need to donate 1%, 2% to a charity of their choice.

And inevitably, it’s going to be a charity that has nothing to do with Mom and Dad’s charity, which is really important. Kids don’t get our charities. They get their own local stuff.

Rick McDonald:Â And it’s going to be far more meaningful to them because it’s going to be — It will have more impact. And that the other 2%, usually, to distribute 4%, maybe 5% of the principal every year to charity.

So maybe 1% or 2% goes to charity. 1% might be going to them to spend on whatever they want to spend just for themselves. Give them a little skin on the game also. That’s important. You always want to have them have meaning, perhaps, to be a stakeholder in whatever they’re doing.

And the last couple of percentage points, they need to decide as a group. What charity gets the money? Now again, we wanted to encourage joint decision making. So the last couple of percentage points of a pool of money every year, it has to go to a charity but they all have to agree what charity it goes to and why. And then, get a report back to Mom and Dad about how the money did, where the money was spent, what charities it went to, and what impact that money made in the community.

John Maher: Great advice. Thanks, Rick for speaking with me.

John Maher:  And for more information, you can visit the US Advisory Group website at usadvisory.com or call 781-246-0222.